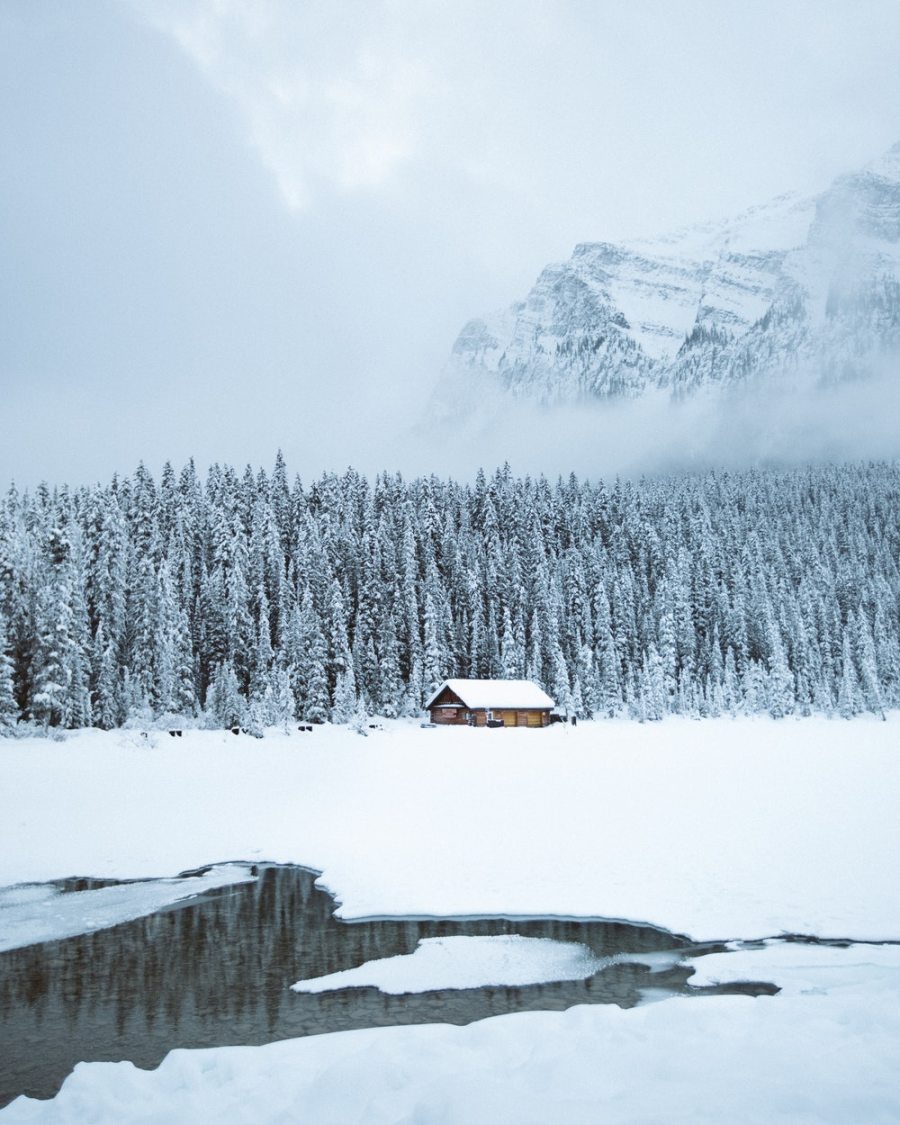 I have always wondered why people live in places with harsh climate – why struggle every day as if it’s a battle to be won? Having been in Sweden for a while now, has brought some perspective into that thought.

For most people, their place of birth is their home – the place where they feel most comfortable, experience a sense of freedom and a confidence of security. I miss this. How long before I can feel the same way here? I don’t know. If this is my feeling after choosing to be here, I cannot begin to imagine the plight of people who are forced to leave behind their war-torn homelands and start anew seeking asylum.

I truly believe that immigrants forced to leave their countries would happily return if social and economic safety is guaranteed, but that’s another discussion for another post.

Speaking of harsh climates, Sweden isn’t the toughest to live in. The winter was bearable – coming from an Indian, this is remarkable. However, my wife and my parents would vehemently disagree. The spring is beautiful and has brought everyone out of their homes.

Irrespective of the weather, Swedes generally have an active lifestyle. Soccer, ice hockey and skiing are the top favorites. There are people jogging at all times of the day, come rain or snow.

As a person who had never experienced temperatures below ~10°C, I couldn’t have imagined the effort that goes into keeping the roads and tracks working during the winter. Trains are still functioning, nevertheless with some delays and cancelations. I had taken a lot of things for granted.

With lesser population, manual labor is expensive the concept of DIY – do it yourself  – is the norm. People assemble their own furniture, fix almost everything themselves – from kitchens to roofs – and building an entire house isn’t a far-fetched idea. I feel like I’m inadequately equipped to be here.

I feel nature keeps people on their toes, challenging them every season to adapt and live many lives, plan better and be self-sufficient.

As a side note, I am yet to find a place which isn’t accessible by a differently-abled person. Every place has a ramp, elevator; busses are equipped with designated spots for wheelchairs. It’s so nice to know how disability doesn’t have to make a person lose access to the same life as everyone else. This is such a contrast from how pathetic things are in India. 😦

P.S.: A roller coaster ride had an elevator for persons on wheelchair! 🙂

“I’ll get by with a little help from my friends”

Pensive, withdrawn, lonely. The life of the world can be teeming around us, the high decibel sounds can be dinning in our ears and still we can be lonely. It is possible to be lonely in a crowd. Loneliness haunts the places where crowds gather. It is not the presence or absence of people that makes the difference because a person need not be lonely even if he/she is alone. Sometimes it is good to be alone. But that does not make us lonely. It is not a matter of being present with someone. It is a matter of being present to someone. This calls for special communication, special human interaction, special acceptance and understanding. If these are lacking, all we have is lonely people, each encased within his/her own impenetrable shell. No one wants to be lonely. People are lonely because they build walls instead of bridges.

To dissolve loneliness we need friends. A friend gives warmth, understanding, time, love oneself. A friend stands up to my anger, my selfishness, my short-comings. A faithful friend is a sure shelter. Whoever finds one has found a treasure. In his inimitable way, I suppose Snoopy would cut through the core and say, “Happiness is a friend who lets you be yourself and still loves you.” We need friends because we are social beings, not by choice, but by nature.

It is very unfortunate that the ever-increasing population is depleting our already diminishing natural resources. We make such a hue and cry about every special day that comes and goes. Be it the Children’s day, the Valentine’s Day, the Mother’s Day, and so on. We spend lavishly on our loved ones; all deserving – no qualms there. However, when it is the World Environment day, it just passes with not a single voice raised.

I remember when we were kids, we celebrated days like the Vanamahotsava, the Environment day with real enthusiasm. It was more of a moral responsibility for us at that time. I wonder where all that enthusiasm has gone. Have we grown so indifferent to celebrate those little things in life? Have we become so busy that we cannot take time off to thank Mother Earth?

I very recently completed reading a book – “The Grand Design” by Stephen Hawking and Leonard Mlodinow – which talks about how the universe was created and how extremely conducive the Earth is to harbour life. The book says that if the orbital eccentricity of Earth’s revolution around the sun was off even as little as 1%, life would not have existed on earth. Further, if Earth was even a few thousand kilometres away from sun, the temperature difference would be so large that in summer all the water would evaporate and in winter it would all get frozen! Earth is such a carefully crafted jewel that bears life – so called intelligent life. We are in fact, lucky to exist let alone survive and thrive at this magnitude.

Every day, we see trees felled in the name of modernization; forests cleared out to satisfy the needs of the ever-growing population; fertile land consumed by large manufacturing units! And everybody is torn apart trying to choose between nature and technology. Is there really a need to choose between the two? Cannot preservation of nature and technological advancements happen hand-in-hand?

Technology should evolve to protect nature; not exploit it. It is up to us – the intelligent life forms – to innovate and invent not only user-friendly technology but also technology which is nature-friendly.

P.S.: The title “Save some for us” was a slogan for a model-making competition which I had taken part in my school days. The theme of the competition was preserving the natural habitat for the wild and endangered animals and stop over use and over exploitation by man.

One of the most discussed (or should I say – disagreed upon) topic is that of vegetarianism. This has always been, and I’m afraid, will be a green discussion topic. Anways, this post comes as a reply to Pavan‘s post – A what-tarian?, which happens to be a reply to another post by Vimal. (I kinda like these linked posts! 🙂 )

Firstly, I’m a vegetarian too; but I wish to elaborate. I’m a vegetarian not by force, not by the bounds of my religion nor by any fear. I’m vegetarian simply by choice. A choice that I’m happy about. And also, I’m not a person to judge people based on their food habits and start hating them instantly, which sounds n00bish anyway!

I totally agree with the Sentience Quotient, and second the idea that no animal should be killed for food! Also, if you did that, what difference would there be between a man and a wild animal? Especially when the man is gifted with the power of reasoning and he refuses to use it! However, I condemn the act of vegetarians hating the non-vegetarians; I wouldn’t hate them. I’d be sorry for the animal which sacrificed itself to satifsy someone’s pleasure of taste. Secondly, I know people who are very uncomfortable with eating with non-vegetarians – which is completely understandable and I find nothing wrong in they expressing their uneasiness. Though the way they do it matters: they could try and ask the non-vegetarian to move elsewhere (which can be pretty offensive to the latter), instead they themselves could stay away from the non-vegetarian until his meal is complete. Also, if its a friend, they can try and make him understand that he is killing an animal when there are better ways to satisfy his hunger; I doubt if that will work anyways. At the most, it may result in another argument and finally as a post in another blog elsewhere. 😛

Coming to the point that man was a non-vegetarian from the beginning: Man was a nudist, hairy, and a smelly barbarian too. Why change everything else and retain the eating habits? Only because of the momentary pleasure that the taste brings? It is also accepted that any nutrient that is obtained from animals can be obtained ‘vegetatively’; one exception being animal fat – which man doesn’t need by the way. Also, man then was scientifically illiterate and ignorant. How can such a comparison be even speculated? With all due respect to whoever supports this theory: Does it mean that they are still so?

Its sad though, when non-vegetarians use milk and silk (LOL! They rhyme as well! 😛 ) as points against vegetarians. Firstly, there is no killing for milk. Secondly, I’ve heard people say using milk is stealing a calf’s food. To this, I can give you an image of what really happens since I’ve lived close to a cow-shelter for almost all my life. When the cow gives birth to the calf, for the first 30-45 days, it secretes very thick milk much higher in nutrition. This milk is not used by people. The calf is fed only this apart from a few supplements, until a stipulated period of time, probably until the calf can walk on its own. After this thick milk, the cow gradually starts producing normal milk. This is when the milk is used by people. And by which time, the calf is ready to eat the same food as the cow. (This information is not a citing – its from what I have seen to be in practice)

Then, the silk which is obtained from an insect – silkworm. I have to say that all people share the same mindset towards insects (apart from a few queer ones who eat them!). I may sound a little blunt but, don’t you kill a mosquito or a swat a cockroach when you find one lurking in your house? If I found a way to make money from them and bought it from you and if I killed it, would it make any difference – at least, to the dead insect? And silkworm rearing has been in practice for over 3500 years now and there have been no great impact on the bio-diversity of nature because of it.

On a concluding note, just like Pavan said, I only hope that someday people would understand and change. 🙂 I’m sure I’ll be disagreed on a lot of points. I welcome all your opinions – just keep them vegetarian! 😀

P.S:
Scruples (n) : An uneasy feeling arising from conscience or principle that tends to hinder action.