Why do things fall? What makes them fall? Sir Isaac Newton gave us the answers a few hundred years ago! However, owing to the (not-so-recent) fall from my motorbike, I’ve been forced to think about the non-mathematical aspects of a fall. More specifically, the incident gave me an insight into what happens “during” a fall.

A fall is usually a two-step process – the loss of balance and a misplaced center of gravity.

The loss of balance usually occurs when in movement, we encounter an interruption to the controlled motion. When at rest, it is usually due to external factors – like a stool cracking under your weight.

A misplaced center of gravity is more an internal loss of bearings. As soon as the loss of balance occurs, our brain tries to correct it by altering our body’s center of gravity. If we are lucky, we manage to avoid the fall when our brain is successful. Many times though, our brain gives up after trying a bit and the body gives into the fall. This is when the mind goes into damage-control – trying to take the impact in a certain position or angle so as to avoid serious damage.

The coolest part of a fall (that I have experienced) is the time-shift that happens during the fall – everything slows down! Read on to know what happened!

That day, on my way back to office after a lunch outing, I was riding at about 60Kmph (~40Mph) while descending under a fly-over. I was riding behind (specifically a little towards the left) of an auto-rickshaw. The driver of the auto took a sharp right (as if to avoid something on his left). Once the auto shifted its line of motion, I saw what he tried to avoid – an ambulance parked right under the fly-over! Reacting, I applied my brakes, only to realize that there was sand on the road which I skid over. Thus began my fall. As soon as I realized I was losing my balance, time slowed down. My mind shifted to damage-control mode.

The first command my mind gave was to let go of the bike – which I did. The bike slid off and I got separated from the machine.

I was still sliding forward towards the parked ambulance. I thought it was probably due to the sand again – what can I do about that?

Next, I wondered what an irony it would be if I had hit the ambulance – would I be taken in the same ambulance to the hospital?

My thoughts were still racing – wow! This is cool!

I had recently bought a new mobile phone. I suddenly wondered if it could be damaged. I then realized I was falling onto my right side and my mobile was in my left pocket – so it should be safe!

By this time, I came to a sliding halt just a few inches shy of the hind tires of the ambulance. I stayed still for a few seconds. Time returned to its original speed. Though all this happened in a matter of about three seconds, it seemed a lot longer than that! Then, I slowly got up trying not to aggravate any injuries that I may have incurred. Thankfully, there weren’t any serious ones – except for a few bruises and torn clothes!

I got up and assessed the damage to my bike – it looked alright. By then, some passersby stopped and inquired if I was alright. One of them cursed the ambulance driver for such erratic parking and the BBMP for the sand on the road, then offered me some water, which I gladly accepted.

Soon after, I started my bike, went to a cloth store nearby, purchased new clothes and returned to office! 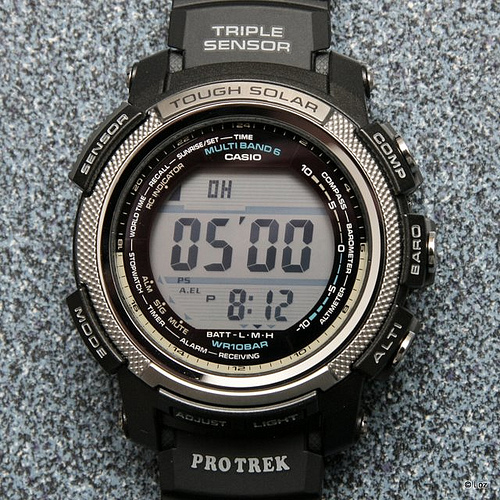 Have you ever wondered what your WQ (Waiting-Quotient) is? How long can you wait before your brain starts scratching the inside of your skull, rendering you irritated and ready to take a bite at the next person who pulls on that last nerve?

Whether it is waiting for someone, or waiting in a queue, or waiting for your station to arrive when you travel – your patience-clock starts ticking! And when it reaches that WQ, it screams out an alarm, blaring from within and in no time your face looks like a bear who was disturbed from his hibernation in the middle of winter!

Based on WQ, there are broadly three kinds of people – The Patient, The Rogue, and The Crank.

The Patients are the people whose WQ is the highest. They are the ones who wait it out. They are usually ones who can detach their minds from the current situation and find something else to think about. Though their WQ is high, it is not infinite. When pushed far enough, they are known to turn into Rouges or Cranks.

The Cranks are people with a short fuse when it comes to WQ. Their tolerance level is the lowest and they are not as clever as Rouges to find a way out. Hence these people tend to fight it out – many a time disrupting the queue and the harmony for others.

The basic disadvantage of measuring up people using their WQ lies in the fundamental fact that WQ is in fact, a very volatile factor. Likewise, it has to be noted that the above classification is completely circumstantial and subjective. That is, a Patient in one situation can become a Crank in another. (WQ varies from person to person and situation to situation)

I am sure we have found ourselves to be all three at one point or the other.

Have you played the waiting game today? What were you – Patient, Rouge or Crank?

Its so typical of the things that happen in life. They just spring up! Just like the road trip that we went on today. I took my bike to college today (Dad would normally not let me take it because of the traffic en route). After the first hour, we decided to bunk the rest of the day and go on a road trip! No petrol. Not much of cash. And yet, we leave! Four bikers (Pele, Virus, Kage and me) and four others (Hulee, Bottle, Baby and Piggy). We fill little petrol on the way, just in case.

Firstly, we reached the Hesarghatta lake — a lake which is no more. 😦 But the scenery was amazing! There was an old well, which we climbed down into and took snaps (on Kage’s mobile). Later, we went to a temple nearby. Then we decided to go to Nrityagram which is about 3.5 KM off the main road. We reached there to find it closed, and the watchman informed us that it will be open only from 6th May. We took a few more snaps there and headed back to the main road. Once we reached there, we stopped again to take a few pictures at a eucalyptus grove. There, we chose not go back to college (our lab was rescheduled to take place earlier that day; and even if we tried to return, we couldn’t have done so in time), instead, we went further to the Madhure temple (about 15 KM farther). The roads weren’t really ‘pleasant’ to drive on but we were all thrilled and it did not matter a thing! On the way, we also went to another temple — Veeranjaneya temple. Upon reaching the Madhure temple, it was about 1PM. We had the darshan of the deity and Virus had his bike worshiped. Everyone was dead hungry. I hadn’t eaten anything since morning!

From there, we decided to return via the highway through Nelamangala. On the way, we stopped at Jyothi Dhaba to have our lunch. The food wasn’t all that tasty but we hogged nicely. 🙂 The highway ride on the way back was amazing! Baby was riding pillion and we touched 108 KM/Hr on my bike! Hulee and Pele, (on Pele’s brother’s bike) also touched 107 KM/Hr. It was 4PM by the time I came back home. Totally spent, dirty, and sleepy! Mom scolded me when I told her about my speedy feat. 🙂 Its so nice to see my Mom all worked up and irritated with me when I end up doing silly things. The look on her face is priceless! 🙂

Too bad I couldn’t sleep then. Bluemistwar had called (and my cell had no network!) and I got his messages after I reached home. I headed to Kss’s place right then. I came back by around 6PM and slept till 8PM! 🙂

I was tagged by Mary on a Meme. This is my first. 🙂 The idea is to take number 4 as the theme.

4 colors I like most: Red, Blue, White and Black.

4 places in India I like to visit: Munnar, Darjeeling, Manali, Kashmir

4 places outside India: Switzerland, All of US, Singapore, Australia

I had been to today’s IPL cricket match at Chinnaswamy Stadium, Bangalore. The match was played between the Rajhasthan Royal and the Royal Challengers. It was to begin at 8PM, but we (3 cousins, uncle and me) reached there early (around 5PM) to avoid the last minute rush. The stands were pretty empty at that time, however, it began to fill up pretty quick later on. We were wondering how to kill time till 8, but thanks to Kailash Kher’s amazing concert from 6PM to 7PM, time just flew. He sang his hit songs from the album Kailasa and also, Chakde Phatte, Allah Ke Bandhe and a few others. He even quipped in a few lines of a Kannada song! That was a good surprise. 🙂

The concert was closely followed by a laser-light show. It lasted for 10 minutes during which the stadium was plunged into darkness and multi-colored lasers light filled the whole area in a variety of patterns. By this time, the players had come out to the field for their warm-up exercises, inviting huge cheers from the crowd and the announcer shouting out the rules for the third time in the evening. By about 7.30PM, the toss took place, and the Royal Challengers (the team I supported) lost it. 😦 Sharne Warne the captain of the Rajhasthan Royals elected to field and put the Challengers on to bat. (This was actually good for us, getting to see the boys bat first!)

Our joys lasted only a few moments, when the Challengers put up an awful show, losing a lot of wickets very early and desperately tried to put a decent amount of runs on the board. We used to cheer aloud for every boundary and also for extras! Lol! We were all hungry and drank soft drinks and ate chaats, paying twice the amount of money we would have normally paid for it outside! Anyways, the Challengers after putting a very low target on the board, started off the bowling pretty well taking two quick wickets. But that was the end. Shane Watson and Graeme Smith took the match away from the Challengers with awesome shots all round the park!

Though we lost the match, the atmosphere of the crowd at the stadium was amazing and always kept us at the edge of the seats; screaming, shouting and singing along to the tunes that were played every time anything happened (Like a fall of the wicket, a boundary or end of an over).

And I really couldn’t end this post without mentioning the beautiful cheerleaders (flown all the way from the US of A – The Washington Redskins). They were clad in the least possible clothing and rocked to the tunes of Justin Timberlake, Jab We Met, and a few other popular Kannada and Hindi songs.

After the match got over, (by around 11PM) I got the bike and returned home; enjoying the ride zooming through the (very little) traffic. All-in-all, it was an enjoyable experience and worth the money that we had paid for the tickets!